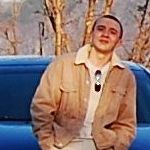 There are only three days left.

Which RDA would you prefer to match the Scrvy Scndrl Mod?

Some other RDAs to recommend?
Sus [In stock] Guardian Tank
The Guardian Tank $19.99 by Vaporesso features 22mm diameter and 2ml e-liquid capacity. It adopts dual child locking mechanism that prevents children from accidental open the tank and get contact with the e-liquid inside. Hannya RDA Clone is also postless design with dual or single coil configuration and it has large airflow holes with airflow control.

There are also Bullet Kennedy 24 RDA Clone, features 24mm diameter and Triple-pole deck. It is made from Brass. Kennedy 24 RDA Clone made from Stainless Steel. This RDA comes with 3 posts.

Kennedy 22 RDA Clone is upgraded and newly designed side airflow that runs up within millimeters below the coils.